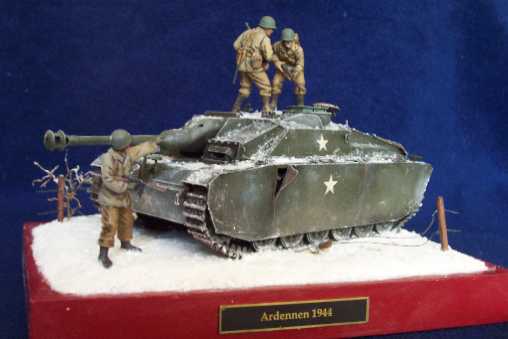 This picture, taken on 15 January 1945, formed the inspiration for my project. It shows a StuG III Ausf. G abandoned beside the N32 at Géromont. Members of the 291st Combat Engineers are removing a boobytrap from it. This as American vehicle disguised StuG was part of the Kampfgruppe Y (150 panzerbriagde under Skorzeny) and used for operation "Greif" with the main purpose to create chaos behind Allied lines. 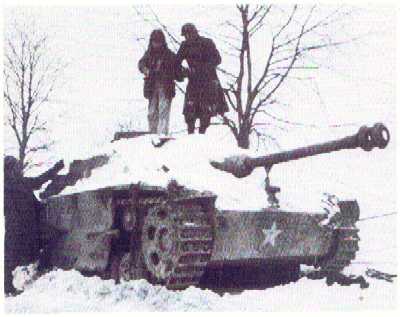 From the few photo's and one illustration I had of these vehicles, I discovered that there were significant differences between some of these StuG's.
For instance I discovered 2 types of sideskirts used and on the picture on page 10 in the Osprey book "Ardennes 44, Peiper and Skorzeny" a StuG did not even seem to have the false enginedeck. Also the illustration in the same book did not show this false deck.

So, I decided to make both types of side skirts "to the eye" and paste them on the vehicle. I choose the skirt that look the most right and glued it in place. I also modelled some damage in the skirts. Because I've got no scale drawings at all, the measures of these parts are based on the few pictures I have of the StuG. The measurements are therefore more guessed "to the eye". However, in the book: "The Battle of the Bulge" by Steven Zaloga ( Concord, ISBN 962-361-689-9) is a picture that comes almost to 1:35, as the picture below shows. This picture was a great help. 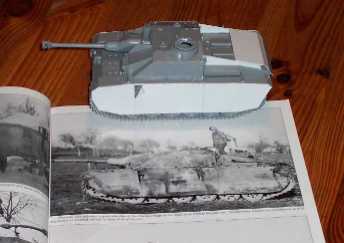 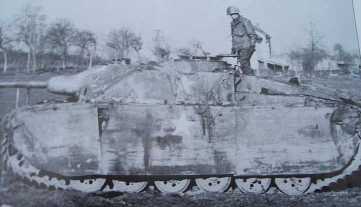 The pictures in the books shows the deck to be from thin steelplate, bend over and overlapping in the curve (I you understand my English).
I first tried to create this by folding alu-foil over the 2 plastic plates, but the foil was to thin: thewe were all sort of folds and wraps in it. Than, I used paper. This worked well. I 'painted' a few layers of styreenglue (Revell) over it to smoothen the open structure of the paper and harden it. 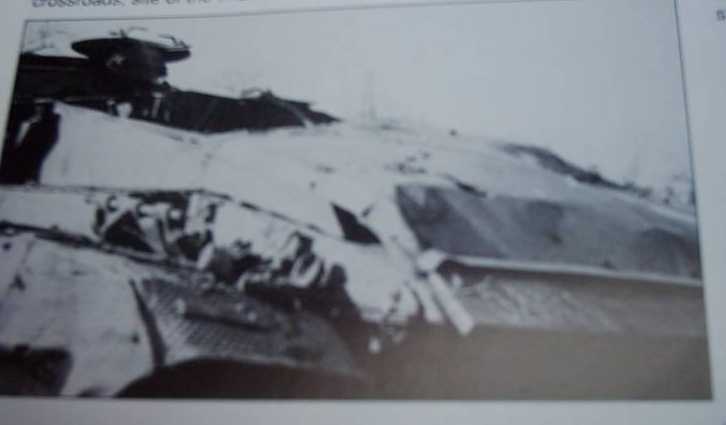 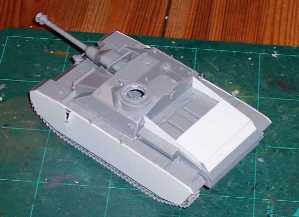 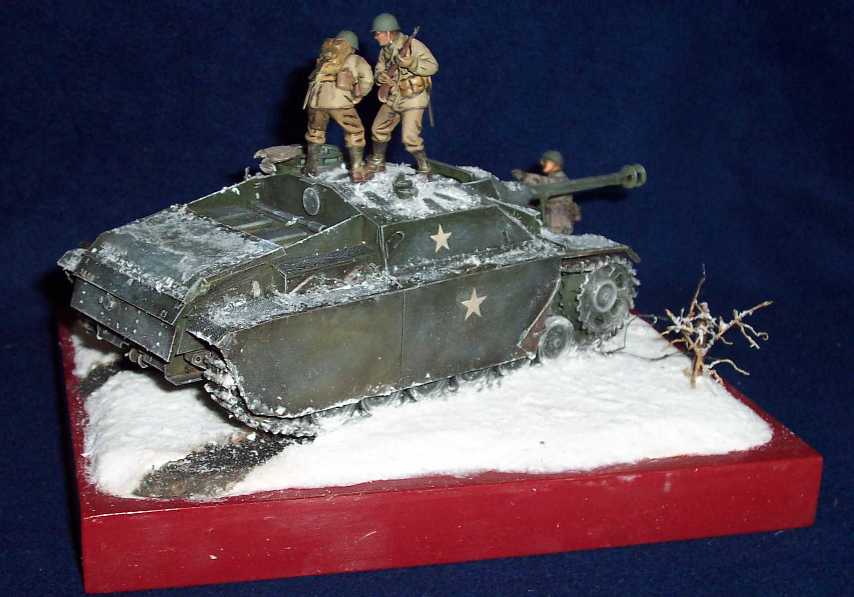 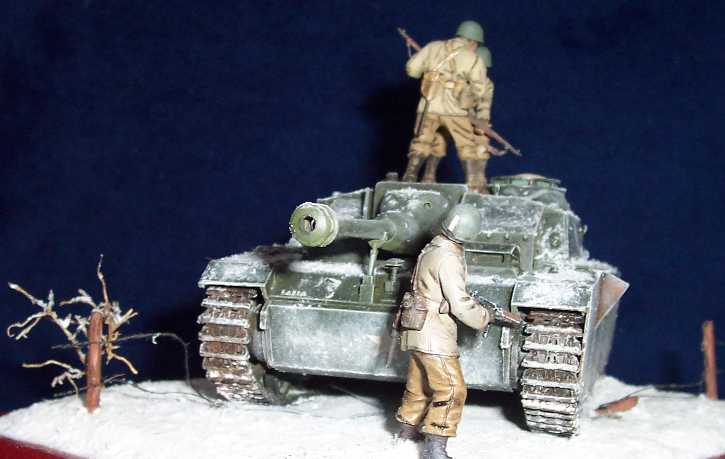 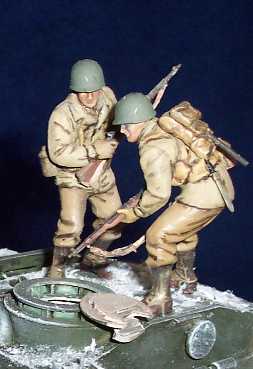 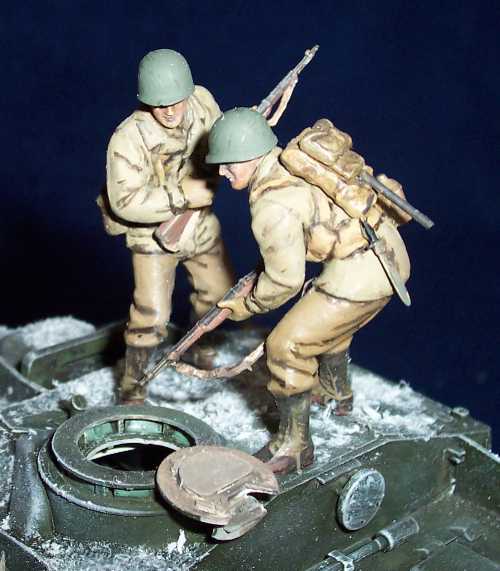 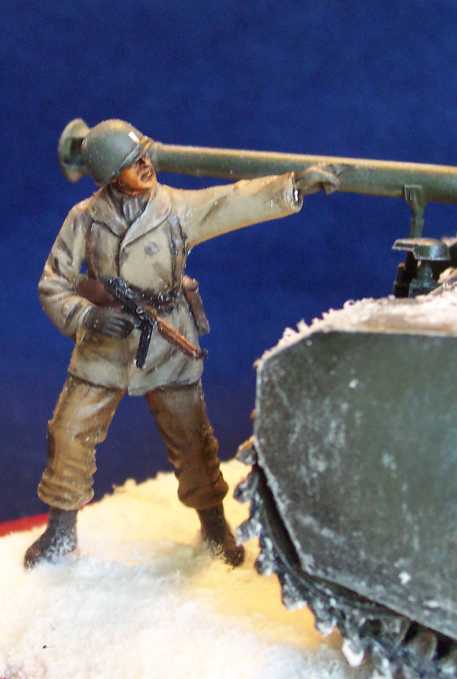 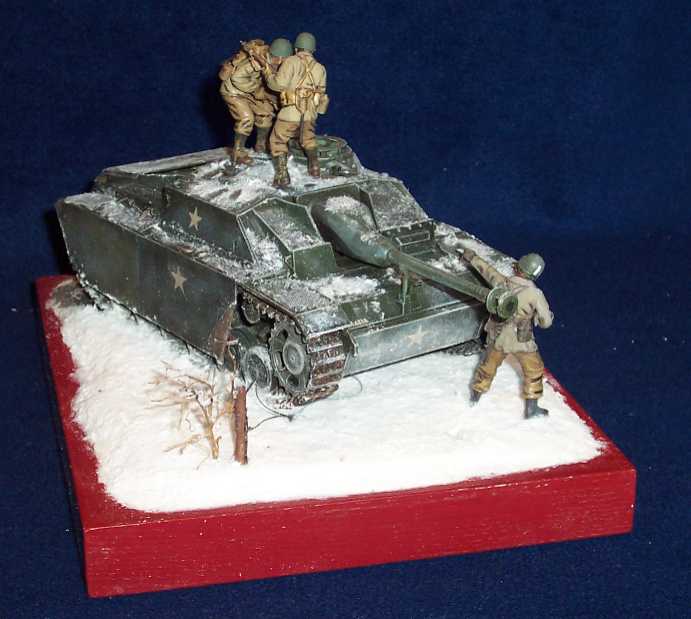